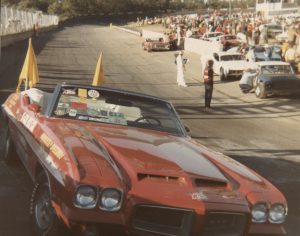 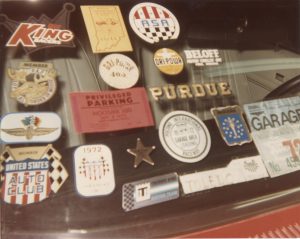 IS THE NEW 1972 PONTIAC GTO PACE CONVERTIBLE A MYTH?

THIS HAS BECOME A HEATED DEBATE FOR ALMOST 47 YEARS COAST TO COAST BY ENTHUSIASTS, GEAR HEADS, PURISTS AND LOYALISTS. 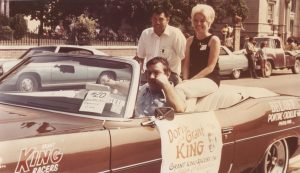 IN MY VIEW EVERYONE READING THIS MATERIAL OR VIEWING MY WEB SITE OR HEARING ME IN PERSON IS OF GREAT IMPORTANCE TO ME. YOUR INTEREST IN CARS OF ANY DESCRIPTION FROM THIS ERA REGARDLESS HOW SMALL MEANS THAT YOU ARE A STEWARD OF THE PRODUCTS THAT WE HOLD DEAR.  MOST CERTAINLY PONTIAC AND YOU INFLUENCE THE ATTITUDES OF MANY PASSIONATE ABOUT CARS.

YOU WILL BE EXPOSED TO SOME WHO IMPLY THAT THE 1972 GTO CONVERTIBLE PACE CAR SIMPLY ARRIVED AT OUR DEALERSHIP AND WE SLAPPED THE APPROPRIATE EMBLEMS ON IT AND CALLED IT A GTO.  THAT SIMPLY IS NOT TRUE.

THERE ARE SOME WHO ATTEMPT TO FLATTER ME BY SAYING THAT I AM A GOOD SALESMAN.  SOMETIMES THIS IMPLIES THAT WE CAN BE EASILY DECEIVED.  I RESENT THAT AS A ROTARIAN OF 49 YEARS.  I LIVE BY WHAT I SAY. HERE IS A MYTH:  YOU ARE A BORN SALESMAN.  THERE IS NO SUCH THING.  I HAVE SEEN BABY BOYS AND BABY GIRLS.  I HAVE NEVER SEEN A BABY LAWYER OR A BABY  DOCTOR.  THEY SPEND HALF THEIR LIFE STUDYING AND PREPARING FOR THEIR VOCATION WITH SWORN STATEMENTS. 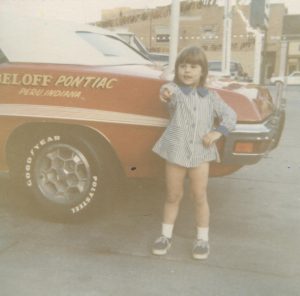 I ALSO MUST LIVE BY WHAT I SAY.  THE FOLLOWING IS FACTUAL, AUTHENTIC WITH REAL DOCUMENTED NEWSPAPER PUBLICATIONS AND ENDORSEMENTS BY THE MOST UNDISPUTED RESPECTED OFFICIALS, RACE CAR DRIVERS, FANS AND OWNERS. 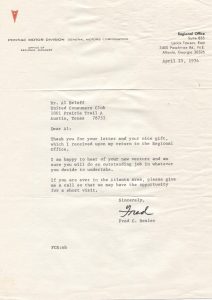 WHAT THIS ALL MEANS IS IT IS NO ACCIDENT THAT PONTIAC, CADILLAC AND GMC TRUCK SELECTED A 31 YEAR OLD CAR MAN TO BECOME A DEALER.  I WAS WELL SUITED FOR THEIR PURPOSE.  THEY NEEDED AN EXPERT IN CLIENT DEVELOPMENT, PERSONAL IMPROVEMENT FOR EMPLOYEES, SALES EFFECTIVENESS AND INTENSE COMMUNITY AND CUSTOMER INVOLVEMENT AS WELL AN ACCOMPLISHED CAR GUY, DRAG RACER, SPECIAL INTEREST CAR OWNER AND VISIONARY.

Officially Pontiac did not make a GTO convertible in 1972 so a Lemans Sport convertible was ordered with all heavy duty special performance GTO drive train and suspension components as directed by Advanced Engineering specifically for track and strip use.  There was serious involvement of a factory blue printed NASCAR type engine installed to be retrieved after all events had ended.

Why build the GTO pace car?  When you make a successful living in the field at the point of sale, you become sensitive to the competition.  The 72 Olds 442 was pacing the Indy 500 race.  Pontiac’s legendary GTO performance image had eroded badly especially by the 1968 Plymouth Road Runner that sold 50,000 potential GTO owners and 89,000 Chargers.  Our 71 muscle cars were anemic and neutered.

Alex encouraged Pontiac to build this one of a kind pace car creating enthusiastic national exposure increasing floor traffic and sales for all Pontiac dealers including Tom Wood Pontiac Indianapolis with who Alex had a strong professional relationship.   Jim Hurtubise was the official pace car driver for the 3rd Annual Indy Sprint.  Special thanks to Pontiac Motor Division, Jimmy Dapuzzo USAC official, Frankie Delroy USAC tech inspector as well as Doris and Grant King and Kerry Yencer, Peru sports editor for their support. 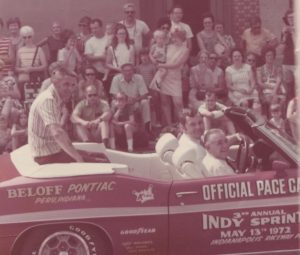 It was not a myth to thousands of Circus City parade spectators cheering Sam Sessions, parade marshal in the pace car, or to A. J. Foyt, Mario Andretti, Andy Granatelli, Johnny Rutherford, and countless famous drivers and loyal racing fans who saw the car especially with Doris King styling through gasoline alley with very loud pipes!

Grant King Racing with permission from USAC officially clocked the pace car on the Indianapolis track with open headers at 146 MPH as it rattled the Indy 500 country side satisfying the curiosity of legendary race car drivers and owners.

The Bunker Hill drag strip had an uncontrollable curiosity of its own about the pace car’s quarter mile capabilities and was officially clocked at a heart pounding tire shredding open headers in 13 seconds flat at 107.78 MPH and was awarded a Bunker Hill drag way class winning gold star on windshield.  There is no doubt in our minds today and GTO Daryl Roach agrees that this was a Pontiac Advanced Engineering solid lifter engine!

MYTH BUSTERS . . . NO STOCK NEUTERED 1972 455 HO COULD SUSTAIN THOSE SPEEDS IN 9 RACES WITHOUT RUNNING OUT OF BREATH OR  ITS TONGUE HANGING OUT ON THE 31 DEGREE HIGH BANKS.  ONLY AN ADVANCED ENGINEERING NASCAR TYPE SOLID LIFTER 500-600 HP ENGINE COULD MEET HIGH SPEED REQUIREMENTS AND HOLD TOGETHER. 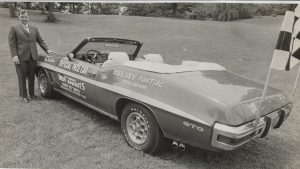 THINK ABOUT IT.  WE HAD ONLY ONE CHANCE FOR US PONTIAC FOLKS TO BEAT OUR COMPETITION.  YOU WANT TO LEAVE THAT TO CHANCE OF A DETUNED 72 ENGINE?  TALK ABOUT EMBARRASSING.

OUR 1972 PONTIACS WERE OFF AND RUNNING AND DEALERS AND CUSTOMERS WERE SMILING!

UPDATE:  JANUARY 2019  — JUST  ABOUT READY TO HAVE AVAILABLE ON OUR WEBSITE HERE THE ACTUAL VIDEO FOOTAGE TAKEN BY ALEX  IN WHICH THIS 1972 GTO CONVERTIBLE PACED THE WINCHESTER RACE 47 YEARS AGO! 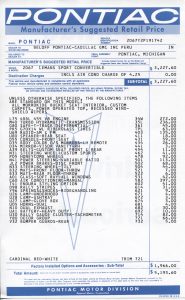 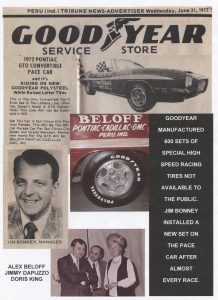 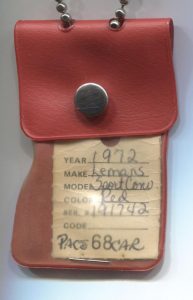 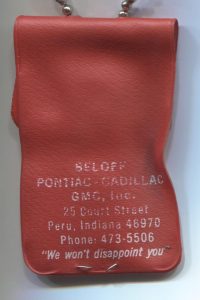 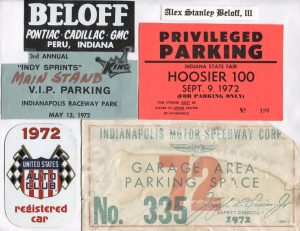 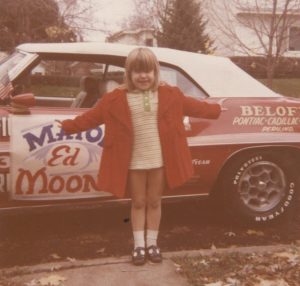 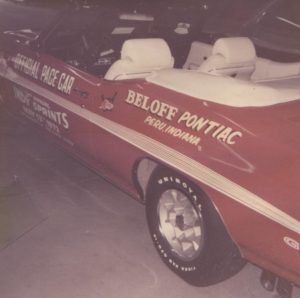